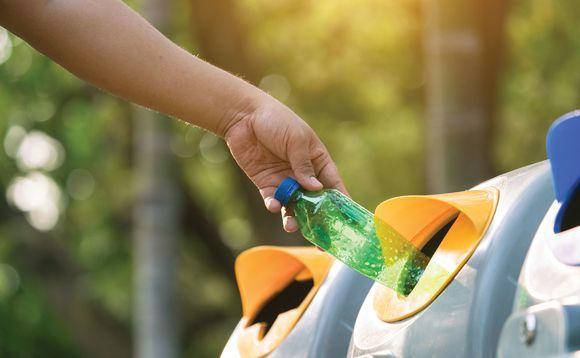 A Deposit Return Scheme enabling the take back of used bottles and drinks cans could deliver a huge economic boost, CPRE claims

England could enjoy a £2bn economic boost over 10 years from rolling out a comprehensive recycling system enabling consumers to take back used glass bottles, plastic bottles, and drinks cans in return for a small payments or incentives, according to the Campaign to Protect Rural England (CPRE).

Moreover, the introduction of an "all-in" deposit return scheme (DRS) allowing every drinks can and bottle, whether made from either plastic or glass, to take part in the scheme could prove up to eight times more effective than rolling out a less comprehensive, watered-down system, the group claimed today.

The government has been under pressure to take more drastic action to combat plastic waste, and has proposed two potential DRS systems to help boost domestic recycling rates and encourage more people to recycle their rubbish.

Defra is currently working through responses to a consultation over its DRS proposals which closed in May, and it is expected to set out its final recommendations later this year.

One system would comprehensively cover all plastic and glass bottles as well as drinks cans, which according to the government's own impact assessment could deliver £2bn in economic benefits to England over a decade. The gains would come from reduced pollution, lower clean-up costs, and carbon emissions savings, as the use of recycled materials to produce new drinks containers, CPRE said.

Such a move could push up recycling rates for drinks containers to more than 90 per cent while making producers of the packaging financially responsible for the full collection and clean-up costs of the waste they produce, it estimated.

But opting for the other less comprehensive "on-the-go" DRS system proposed by the government, which does not seek to capture as many materials, would only result in a fraction of the financial boost at £250m over 10 years. CPRE said opting for the narrower scheme would represent "a huge missed opportunity and drastic loss of future revenue for the British economy".

Earlier this year the Scottish Government announced plans to introduce a DRS for glass, plastic, steel, and aluminium dinks containers of all sizes, and CPRE's litter campaigner Maddy Haughton-Boakes urged the UK government to build on Scotland's ambition.

"The government has an opportunity to ensure England gets the most effective and economically viable deposit system in the world," she said. "A failure to ensure that all drinks containers - of all sizes and materials - are included in the scheme would be a clear sign that they were putting the profits of vested interests above the benefits to society, the economy, our countryside and environment."

Ahead of any possible legislation, meanwhile, a number of retailers - including Morrisons, Co-op and Iceland - have been trialling their own DRS systems. And, earlier this year, recycling specialist Greenredeem announced plans for the largest trial yet with 50 machines set to be installed across the Royal Borough of Windsor & Maidenhead.

However, some industry insiders have warned an all-in DRS would prove harder and more costly to introduce and operate, and could inadvertently undermine household recycling rates by incentivising people to take advantage of DRS facilities.