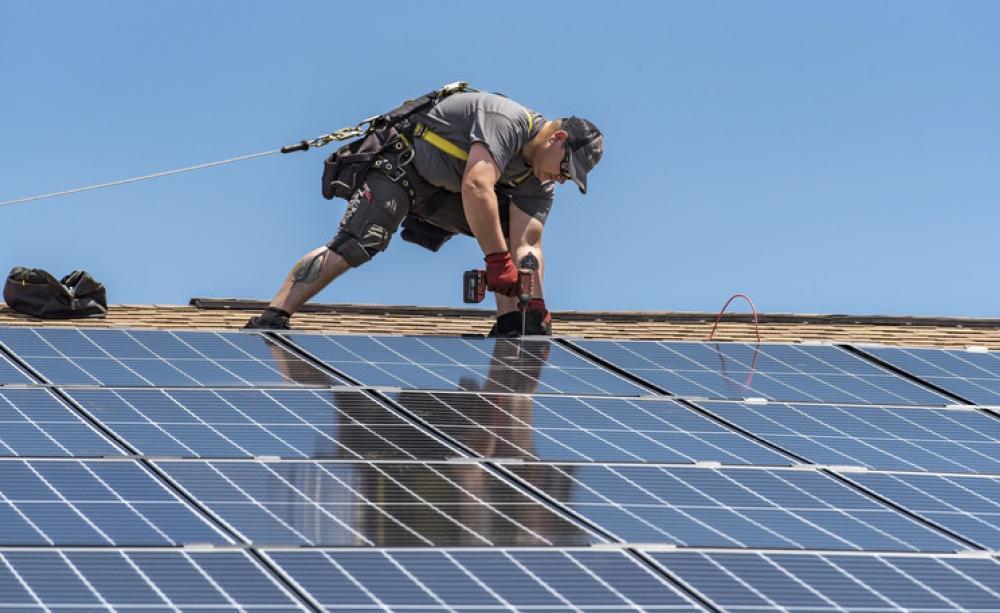 'This government must not support the proposed VAT increase to 20 percent on clean energy solutions for households.'

One of the UK's largest renewable energy suppliers has written to Sajid Javid, the chancellor, to warn that plans to change VAT from five percent to 20 percent for families buying solar panels and renewable technology could harm the country's push for a net zero carbon economy by 2050.

Juliet Davenport, chief executive and founder of Good Energy - which has around 250,000 customers, called on Mr Javid to scrap the plans, which come into effect on October 1 this year.

She wrote: "There are more than one million solar PV installations now in operation across the UK.

"Their sum capacity totals more than our single biggest power station. This has grown from near-zero within 10 years, showing what can be achieved when we encourage people to be part of the solution to climate change. We need to ensure that this momentum is not lost.

"Consequently, this government must not support the proposed VAT increase to 20 percent on clean energy solutions for households, including solar and storage, whilst it remains at five percent for coal and gas."

The letter also has the support of Nina Skorupska, chief executive of the Renewable Energy Association; Alice Bell of 10:10 Climate Action and Aaron Kiely, climate campaign lead at Friends of the Earth.

A petition on the issue has received more than 17,000 signatures.

Current rules mean anyone buying solar panels or other electricity storage for their homes are charged five percent VAT, but an EU ruling in 2015 said the UK government must charge the full 20 percent.

Negotiations led to the Government and EU agreeing that the 20% level only needs to be charged for technology over a certain threshold, but Good Energy warn this could stifle innovation.

Kit Dixon, Good Energy's regulatory affairs officer, explained: "It penalises people who want to use the best technology. If you have panels and a battery installed in your home or business you'll almost certainly be above that threshold.

"The energy system is changing and more homeowners and businesses do want to invest in this kind of technology and it is vital we see an uptake from this tech."

He added that last month's blackout across large parts of the country could be avoided in the future if more households generated their own electricity and relied less on the national grid.

The calls to scrap the planned VAT rise also come as figures suggest that solar panel installation rates have been steadily falling as government backed incentives and subsidies have been cut.

The Treasury was approached for comment, but said it was a matter for HMRC.

An HMRC spokesperson said: "The government is committed to greening our economy and designed the changes for energy-saving materials to retain as much of the VAT relief as possible for UK households, while complying with EU law.

"While the UK remains a member of the EU, the Government is obliged to make these changes which were approved by Parliament on 25 June and will take effect from 1 October 2019. As all taxes are kept under review, it may be possible to amend these rules once the UK has left the EU."

Simon Neville is the city editor at PA.